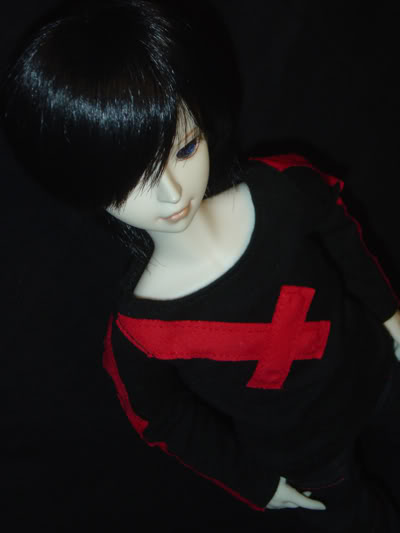 A friend of mine and I had decided to split a Too & Bee-A set from Dream of Doll a few years ago. She wanted the Bee-A so I ended up with the Too.

I have to admit – I was not thrilled about getting the Too. I am much more interested in girl dolls and took him begrudgingly. Honestly enough, he became one of my favorite dolls. Unfortunately, I sold him before I realized it.

He was also the first doll I did a faceup on. It was very basic, but a lot of fun. 🙂

At this point, though, I will not be getting another one. I did not have a good experience with Dream of Doll right after I received my Too.

You see, 2 days after I received him, I woke up in the morning to his hand laying on the floor – the resin bar in his wrist had broken. It took many pictures, nearly 4 weeks, and a Korean-speaking friend before I even got a response. It took another month before I got a replacement hand, and the hands were a completely different color!

For a company to have that terrible of customer service – I cannot support them. So even though buying a doll second-hand is purchasing from somebody else – that would still be supporting them in my opinion.

The issues aside – I do love the Too sculpt. And I have been on the hunt for a little while for a replacement. So cute!

This site uses Akismet to reduce spam. Learn how your comment data is processed.